You are here: Home / About / About Us / Ambassadors / Carol Brown 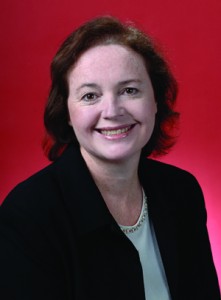 Each year thousands of Australians enjoy the water – whether in a pool or at the beach. Indeed, in Australia, swimming is all but considered a national past time.

However despite the hard work of organisations such as the Samuel Morris Foundation and Royal Life Saving Society to promote water safety – water based accidents, particularly involving young children continue to occur.

As a parent of young children I know only too well the importance of water safety – with my own young daughter luckily escaping serious harm after falling into a backyard water feature.

While she now enjoys the water and takes swimming lessons – I am well aware that many other children are not as lucky to be granted a second chance.

35 Children (aged under five) drown each year around the country, and for every one of these tragic deaths an additional three to four children are admitted to hospital as a result of a near drowning with a significant number of these suffering brain damage as a result.

The Royal Life Saving Society of Australia have commenced a campaign to encourage all state and territory governments to support the push for nationally consistent pool fencing regulations – a campaign that I support.

The evidence suggests that such measures would have significant benefits in terms of reducing the number of toddler deaths and near drowning that occur each year.

However, this is only the start.

I commend the work the Samuel Morris Foundation does in supporting children disabled by near drowning or other hypoxic brain injuries.

I very much look forward to promoting its work and helping to raise awareness of the importance of water safety particularly in my home state of Tasmania.

Is your pool as SAFE as it can and should be?     Video lessons on correct pool fencing. The Samuel Morris Foundation has been working in partnership with KidsHealth at the Childrens Hospital at Westmead and the Swimming Pool and … END_OF_DOCUMENT_TOKEN_TO_BE_REPLACED

Congratulations on taking the first step in giving your kids a skill for life! Getting your children involved in water safety and swimming lessons is one of the key steps you can take to help make your children safer around the water. Accredited … END_OF_DOCUMENT_TOKEN_TO_BE_REPLACED