You are here: Home / Latest News / Let’s be clear about drowning and non-fatal drowning!

Today a post appeared in the online version of Woman’s Day referring to a child almost dying in her sleep and referring to a “delayed drowning”… Firstly we must say that we are glad that Harper Svilicic has made a full recovery, and we are grateful for her mothers efforts to raise awareness…. 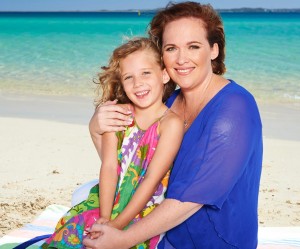 However, it is sad that the Journalist involved in this piece appears to have done not one single piece of research beyond repeating anecdotes told to Harpers mother.

This is a shame as the story represented a very real opportunity to educate the community about the reality of both drowning and non-fatal drowning and the correct terminology , and the importance of EVERY PERSON WHO EXPERIENCES RESPIRATORY IMPAIRMENT AS A RESULT OF BEING UNDER WATER BEING CHECKED OUT BY MEDICAL PERSONNEL… rather than to just create a sensationalist headline and follow it with a scary story that will put more fear into parents. A simple phone call to a Children’s Hospital Trauma Unit, an organisation like Royal Life Saving Society, or an organisation like us could have resulted in a story with greater substance and educational outcomes.

We have previously written about the importance of getting the right terminology and accurately educating the community about the risks of drowning and non-fatal drowning.

The reality in Australia is that for every fatal child drowning, there are around TEN responses to Non-fatal Drowning (Wallis et al, 2015 6 )with four children admitted to hospital and around one quarter of them experiencing some form of long term injury 8.

From the content of the Woman’s Day article it would be a reasonable assumption that the “Minor dunking that she quickly shook off” resulted in Harper having some coughing and spluttering, and as we will explain below.. this meant that Harper had in fact started the process of drowning.

As this issue is so vital, we are repeating some of the important information below and providing some clarity around what drowning is and what the outcomes of it can be.

Until 2002 defining drowning had not been a clear process, in fact there where well over 20 different definitions associated with drowning. including wet drowning, dry drowning, active or passive drowning, secondary drowning or silent drowning.

At the 2002  the World Congress on Drowning a range of experts suggested a new consensus definition for drowning and they required that the new definition should include cases of both fatal and non-fatal drowning. So from 2002 onwards the official definition of drowning  has been

Drowning is defined as a process resulting in primary respiratory impairment from submersion in a liquid medium.

If someone has difficulty breathing as a result of being underwater then they have started the process of drowning!

So now there is the problem.. this is a nice simple medical explanation of drowning, and the reason that such a nice definition is useful is that it enables other processes, such as coding entries within hospital admission processes and it also allows researchers to draw more meaningful conclusions from pooled data and make it easier to improve injury surveillance and prevention activities.

In reaching the consensus definition they also reached a consensus on  some definitions around the outcomes of drowning. The outcomes of a drowning ( as described in the World Health Organisations  Policy and Practice guidelines) can be  rapid or delayed death, morbidity , or life without morbidity. If the person does not die from the drowning, then it is a Non-Fatal Drowning with or without morbidity.

When they don’t die?

As described above the medical fraternity now includes non-fatal drowning cases in the definition of drowning, but defines them by outcome, either with morbidity of without morbidity.

So for the purposes of this discussion, clearly it is the first of these definitions that is in operation.

Many have investigated and reported on outcome and possible predictors. ,1,2,3 However, no single system is comprehensive and there are pitfalls in the methodologies used.4   There are a number of researchers continuing to look at these issues.

As we consistently remind people, and the reason that this foundation exists, is that according to the Australian Institute of Health and Welfare approximately one quarter of all people admitted to hospital following a drowning will experience what the medical fraternity calls moderate to severe sequalae, which in the case of drownings, are predominantly hypoxic brain injuries.

This is an interesting way to say that the casualty fully recovers. We recently posted about a number of successful outcomes and some associated issues, so we will not explore this issue here.

So to summarise all of the above….. (with a succinct statement from our friend Dr Justin Sempsrott 7, from Lifeguards Without Borders and Starfish Aquatics Institute)

1. Any person – adult or child – who has been in or under the water and has symptoms of difficulty breathing, excessive cough, foam or froth in the mouth, or aren’t acting right that occur immediately or within a few hours of being in the water had a non-fatal drowning and should seek care from a doctor. Symptoms usually appear immediately, but may be delayed by a few hours or get progressively worse. Onset or worsening of symptoms usually occurs within the first 8 hours of submersion.

4. One of the reasons it is so important that we speak the same language is that we can get a better understanding of the scope of the drowning problem and learn to better prevent and treat it.

5. To better understand the scope of the non-fatal drowning problem we must use correct terminology when speaking to clients, the media, each other, and through social media.

Back to Harpers Story in Woman’s Day

Clearly Harper experienced some respiratory impairment from her “minor dunking that she quickly shook off” meaning that the process of drowning had begun.. over the proceeding hours the symptoms of this respiratory impairment started to show themselves….coughing, gasping, shortness of breath, probably an associated fever and lethargy…  Thankfully Harper received medical care and the outcome is good.

There is a very clear message to ALL parents…. if your child is submerged and experiences ANY respiratory impairment as a result of that immersion then IT IS VITAL THAT THEY ARE CHECKED BY MEDICAL PERSONNEL.

There is also a message for Journalists…. PLEASE… do your research and help educate the community about such a vitally important subject like drowning, rather than continue to spread misinformation.

Is your pool as SAFE as it can and should be?     Video lessons on correct pool fencing. The Samuel Morris Foundation has been working in partnership with KidsHealth at the Childrens Hospital at Westmead and the Swimming Pool and … END_OF_DOCUMENT_TOKEN_TO_BE_REPLACED

Congratulations on taking the first step in giving your kids a skill for life! Getting your children involved in water safety and swimming lessons is one of the key steps you can take to help make your children safer around the water. Accredited … END_OF_DOCUMENT_TOKEN_TO_BE_REPLACED