You are here: Home / About / About Us / Ambassadors / Scott Cam 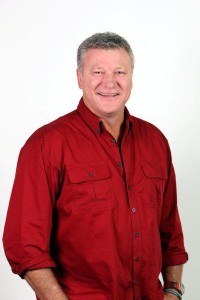 Scott Cam is one of Australia’s most loved television personalities, with a laidback larrikin attitude that millions of Australian’s can relate to.

Scott first appeared on Nine’s ‘Backyard Blitz’ in 2000 as the multi award-winning show’s resident builder/carpenter, until the show’s completion in 2007. During that time, the huge popularity of Backyard Blitz was acknowledged when it won Logies for Most Popular Lifestyle Program on five consecutive occasions, and Scott’s general fun loving nature endeared him to the Australian public.

Scott also appeared on Nine’s hugely successful ‘Renovation Rescue’ specials, featured in his own live lifestyle program in 2007, ‘Our Place’,  co-hosted Nine’s immensely popular lifestyle program ‘Domestic Blitz’, hosted a popular Triple M radio program and a program on radio show on MTR1377. Scott has been the host of the popular series “The Block”  and has written two books and been awarded the TV industries top award the Gold Logie.

It was through his role on Domestic Blitz that Scott first came into contact with the Samuel Morris Foundation.

Is your pool as SAFE as it can and should be?     Video lessons on correct pool fencing. The Samuel Morris Foundation has been working in partnership with KidsHealth at the Childrens Hospital at Westmead and the Swimming Pool and … END_OF_DOCUMENT_TOKEN_TO_BE_REPLACED

Congratulations on taking the first step in giving your kids a skill for life! Getting your children involved in water safety and swimming lessons is one of the key steps you can take to help make your children safer around the water. Accredited … END_OF_DOCUMENT_TOKEN_TO_BE_REPLACED