You are here: Home / Latest News / Drowning, Non-Fatal Drowning, Near Drowning – Is there a difference? 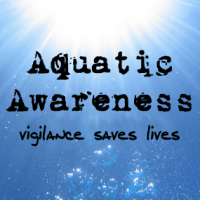 When talking about drowning and trying to make a distinction between those that die and those that survive following a submersion there have always been some problems associated with the language used.

In this post we will have a look at the language used, why it is used and discuss how the Samuel Morris Foundation uses the language.

Even defining drowning has not been a clear process and until relatively recently there have been varying ways of describing it including wet drowning, dry drowning, active or passive drowning, secondary drowning or silent drowning. In fact there where over 20 different definitions associated with drowning.

At the 2002  the World Congress on Drowning a range of experts suggested a new consensus definition for drowning and they required that the new definition should include cases of both fatal and non-fatal drowning.

So now drowning is defined as a process resulting in primary respiratory impairment from submersion in a liquid medium. (and none of the terms like dry drowning, wet drowning, secondary drowning etc are used)

So now there is the problem.. this is a nice simple medical explanation of drowning, and the reason that such a nice definition is useful is that it enables other processes, such as coding entries within hospital admission processes and it also allows researchers to draw more meaningful conclusions from pooled data and make it easier to improve injury surveillance and prevention activities.

In reaching the consensus definition they also reached a consensus on  some definitions around outcomes. The outcomes of a drowning as defined above (and as described in the World Health Organisations [WHO] Policy and Practice guidelines) can be  rapid or delayed death, morbidity , or life without morbidity.

We will have a look at these below as these terms also provide some further challenges around the language that is used when we take these terms into the general public as part of education or awareness raising activities.

A rapid death after an immersion is a fairly straight forward concept to understand, but what about delayed death after a drowning?

But what about when they don’t die within 24 hrs

As described above the medical fraternity now includes non-fatal drowning cases in the definition of drowning, but defines them by outcome, either with morbidity of without morbidity.

So for the purposes of this discussion, clearly it is the first of these definitions that is in operation.

Many have investigated and reported on outcome and possible predictors. ,1,2,3 However, no single system is comprehensive and there are pitfalls in the methodologies used.4   There are a number of researchers continuing to look at these issues.

As we consistently remind people, and the reason that this foundation exists, is that according to the Australian Institute of Health and Welfare approximately one quarter of all people admitted to hospital following a drowning will experience what the medical fraternity calls moderate to severe sequalae, which in the case of drownings, are hypoxic brain injuries.

This is an interesting way to say that the casualty fully recovers. We recently posted about a number of successful outcomes and some associated issues, so we will not explore this issue here.

Non-Fatal or Near Drowning why we continue to use these terms?

Some will say there is no such thing as a near-drowning, you either drowned or you didn’t, and according to the consensus definition this is technically true, however the term “near drowning” was for a long time part of the accepted definitions dealing with non-fatal drowning cases and is readily found in both the medical and academic literature.

A search of the internet will also show that even among the medical fraternity and medical sites dealing with drowning there is still frequent reference to near drowning and non-fatal drowning. Almost all of the definitions and discussions using these terms clearly spell out that they are associated with surviving for more than 24 hours after a submersion.

Both of the terms Non-Fatal and Near-Drowning are used on this site, as they are on MANY sites around the world, they are used interchangeably and they are used  for a few very simple reasons…. the general public due to common usage and understanding over many years continues to associate the term “drowned” with an outcome of death and near-drowning or non-fatal drowning with an outcome of survival.

Using language like a “the child had a drowning with morbidity” is foreign language to most of the public. In public advocacy work  it is important to use language which people readily understand without having to stop and explain it (like this post does). If simple common language is not used there is a good chance that a large proportion of the any audience will stop paying attention when they encounter terms they are not familiar with or sound like jargon.

Is your pool as SAFE as it can and should be?     Video lessons on correct pool fencing. The Samuel Morris Foundation has been working in partnership with KidsHealth at the Childrens Hospital at Westmead and the Swimming Pool and … END_OF_DOCUMENT_TOKEN_TO_BE_REPLACED

Congratulations on taking the first step in giving your kids a skill for life! Getting your children involved in water safety and swimming lessons is one of the key steps you can take to help make your children safer around the water. Accredited … END_OF_DOCUMENT_TOKEN_TO_BE_REPLACED