On this day… September 2, in 1922 one of Australia’s best known writers, Henry Lawson died.

Henry Lawson was born on 17 June 1867, on the Grenfell goldfields in New South Wales. He became one of Australia’s best-known fiction writers of the colonial period. Most of his works dwelt on the Australian bush, accurately depicting the difficult conditions of life on dry, dusty outback stations and in bush towns.

Among Henry Lawson’s prolific works is a beautiful poem that is relevant to the work that we do here at the Samuel Morris Foundation. 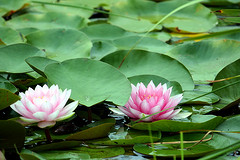 And the wife in her dreaming
Steps out on the stream,
But the lily leaves sink
And she wakes from her dream.
Ah, the waking is sad,
For the tears that it brings,
And she knows ’tis her dead baby’s spirit that sings:
‘Come, mamma! come!
‘Quick! follow me!
‘Step out on the leaves of the water-lily!’

……and if the poem touched you… please make a donation to help us in our work to stop more mums (and dad’s) ever having to experience the feeling described in this poem.

Is your pool as SAFE as it can and should be?     Video lessons on correct pool fencing. The Samuel Morris Foundation has been working in partnership with KidsHealth at the Childrens Hospital at Westmead and the Swimming Pool and … END_OF_DOCUMENT_TOKEN_TO_BE_REPLACED

Congratulations on taking the first step in giving your kids a skill for life! Getting your children involved in water safety and swimming lessons is one of the key steps you can take to help make your children safer around the water. Accredited … END_OF_DOCUMENT_TOKEN_TO_BE_REPLACED